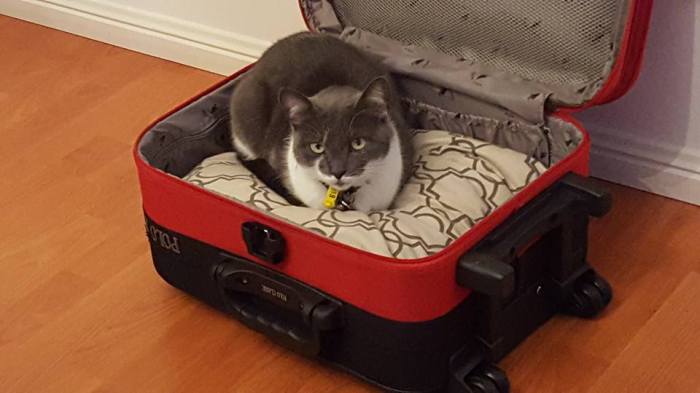 Algester is one of countless suburbs I’ve discovered over many years of housesitting whose existence I may have ordinarily remained blissfully ignorant of.

It was a first on a couple of fronts, including the first time I’ve housesat in a ‘gated community’. That sounded very posh and elite at first blush, but you could easily forget that it was any different to your run of the mill townhouse complex. 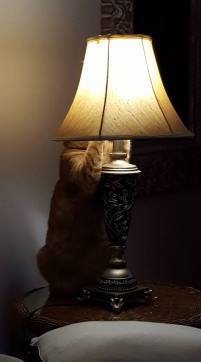 My two moggie mates had very different personalities – the female grey and white was initially very affectionate and approachable, but from Day One she opted to make herself very scarce and only turned up for meals and in the evenings for curfew. The marmalade man was the polar opposite – an absolute character of a cat, and always very entertaining and diverting company. I nearly fell off the couch the night I looked over and solved the question of, ‘How many cats does it take to change a light bulb?’ I have no idea what he was up to, and I suspect neither did he!

END_OF_DOCUMENT_TOKEN_TO_BE_REPLACED 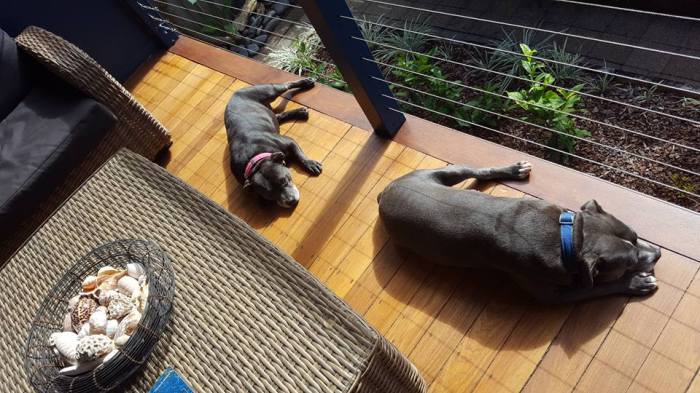 2017 has been a year of repeat sits, a few fallow times, and an extended return trip of several thousand kilometres comprising the Sunshine Coast, Gladstone, Rockhampton, Cairns at the zenith, then six nights in Yeppoon before falling into a plane at Rocky and landing back in Brisbane.

As the clock is ticking down on this public library computer – where I cursed my itinerant status and had to plead for an extension to my library card to access this PC* – I’ll just drop in the reference for now and add some other vignettes from the great Queensland north at a later date.

It was a funny old couple of months, as in funny peculiar, and only occasionally funny ha-ha.

First stop was a handful of nights in Buderim which were ok and uneventful enough. However, much as trying to watch football in licensed premises in Queensland on Good Friday is a wasted exercise, I’d counsel that not try to travel on Anzac Day as in similar company as an exercise fraught with pitfalls. A five minute hold-up by a delivery person as I was leaving the premises threw a $50 taxi fare spanner into the works. Ouch.

From there, it was 11 hours $150 on a bus to go 350kms to Gladstone, and from there the surreal and frustrating just kept piling on. The next few weeks were an amalgam of killing time late night and early mornings in roadhouses, a housesit cancelled one week into a four week stay, then a very haphazard string of nights in caravan parks, youth hostels and even one night couch-surfing with a French Russian and Ukrainian Australian in Townsville.

After a few nights in Cairns itself, I finally arrived in Machans Beach, literally across the road from the ocean. 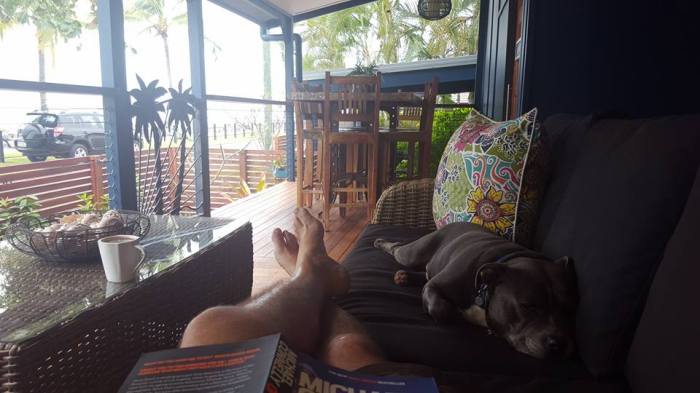 And pretty much stayed there for two weeks!

END_OF_DOCUMENT_TOKEN_TO_BE_REPLACED 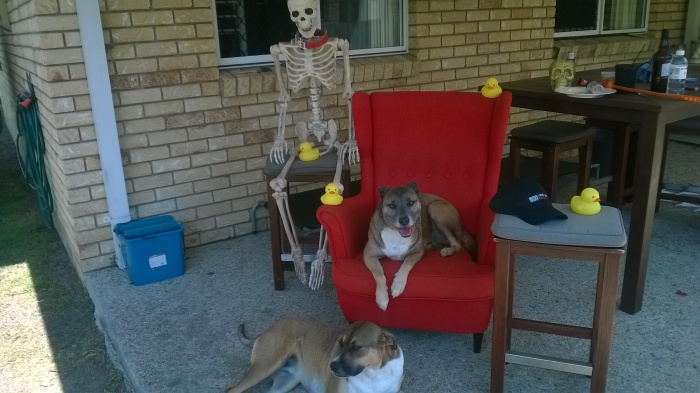 Nothing really much to say here except that it’s a delight to spend time with these two dogs, and we use a few little training tips every day in play and walking time. 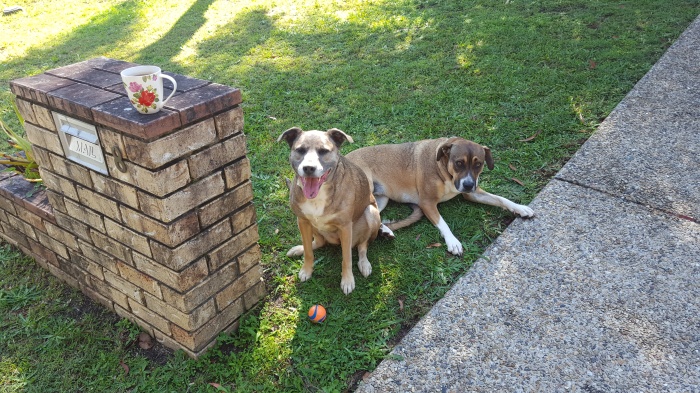 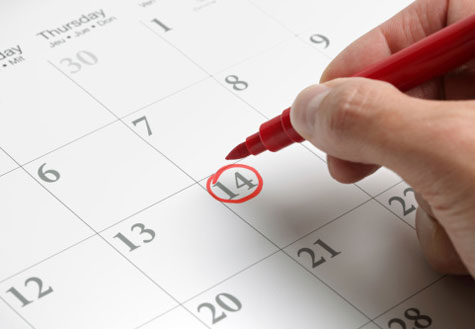 As of this morning, Bill The Housesitter is now booked until at least 5 January 2017.

I have some dates already booked in for the first half of 2017 – see my Availability page for full details.

However, all dates are now spoken for in 2016, and hopefully will stay that way, the various good gods-willing, and if the creeks don’t rise and the crops don’t fail. 😉

In fact, I’m even taking two weeks for myself and having a holiday in Queensland, NSW, ACT and Victoria. This is something I would not even have considered towards the start of this year.

But while some cruel and even tragic* things have happened this year, on balance, it goes well. Good things are happening, and a little time for #1 is in order.

END_OF_DOCUMENT_TOKEN_TO_BE_REPLACED 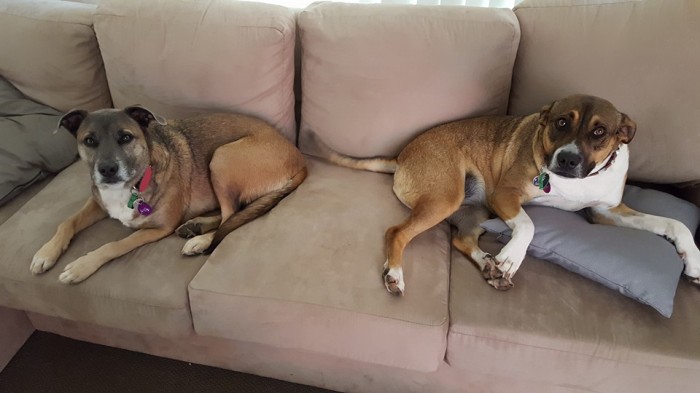 One of the great joys (of the many to be had) when you housesit is when you strike upon a winning formula with two new furry friends from the get-go.

I’m here in beautiful Capalaba, south east of Brisbane, a short drive from the coastline including Cleveland, Raby Bay and Redland Bay, with Wynnum and Manly a little to the north. It’s then a hop, skip and a jump to the ferry terminal down south for the islands: Stradbroke and Russell to name just two I can think of without consulting a map!

END_OF_DOCUMENT_TOKEN_TO_BE_REPLACED 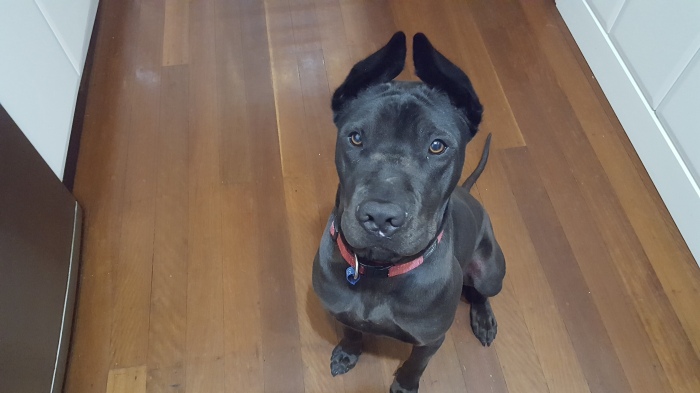 My house-sit in Wavell Heights was one of a few I’d lined up while still in Sydney, so it was great that a few people like Samantha and Dan were prepared to take me on, sight unseen, before I had even arrived in the great south east of Queensland back in February 2016.

(And it’s also a testament to the value of collecting these references, and I offer my sincere thanks to everyone who has provided them for me.)

Like a good one-third to two-thirds of the places I visit, I’d never heard of Wavell Heights before I lobbed there in June 2016. Put a gun to my head and there’s no way I could have pointed to it on a map of Greater Brisbane.

END_OF_DOCUMENT_TOKEN_TO_BE_REPLACED 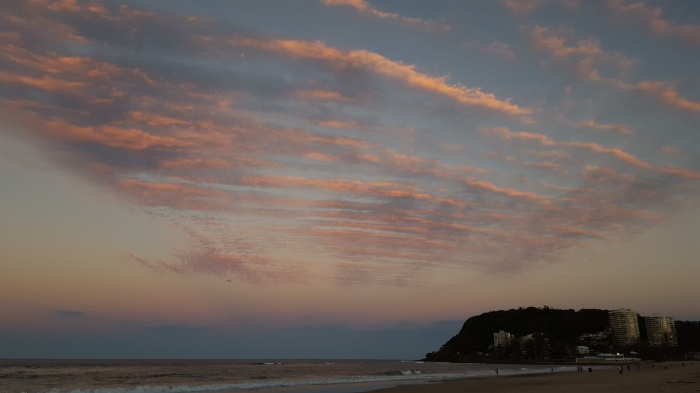 It’s been a while since the last blog post and video here. So long that I’m currently under roof #12 for calendar year 2016.

This evening on Burleigh Beach, as I was trying to simultaneously drink in all the scenery and document it to within an inch of its life, I realised this was prime video material.

I can’t tell you how much I adore drifting up and down the Burleigh promenade. Yeah, it’s tourist central, but this is mid-winter.

A hive of activity, people of all ages, nationalities, and descriptions. And I have more conversations and shared moments here on one evening’s walk than in some whole weeks elsewhere. END_OF_DOCUMENT_TOKEN_TO_BE_REPLACED

Those are not their real names and the location given is the area rather than the actual localité.

Today I want to show you what a typical day…. wait, scratch that. I do not have typical days and neither do the pets.

NOT having a routine is a good thing for almost all sentient mammalian beings. Unless that being has severe chemical or physical or mental issues, in which case, the more strict the regime the better.

That is not the case with these two. Sure, Klink has traditionally been extremely anxious, and Schultz has had some real challenges in his lifetime, on the whole those have been nurture issues related to their environment.

And let me make this plainer than plain: it is NOT to do with the house and the others in it. The two homo sapien friends of C & S have provided a loving, caring, diverse, well-looked-after-without-over-pampering household.

BUT, on all three sides, over all three boundary fences are extremely nervous dogs with some severe behavioural challenges. And haven’t really fully clapped eyes on them all yet, but sight is not a sense needed to come to that conclusion.

That is not a problem; it’s an opportunity. I have been in-house friends with these two Germans now for three weeks and 3.6 days roughly.

Even in that time, I have NOT taught them commands or tricks or behaviours inconsistent with how I found them. BUT they have both calmed down considerably. Bear in mind that this is THE first time they have both been separated from their significant others who have significantly less fur. 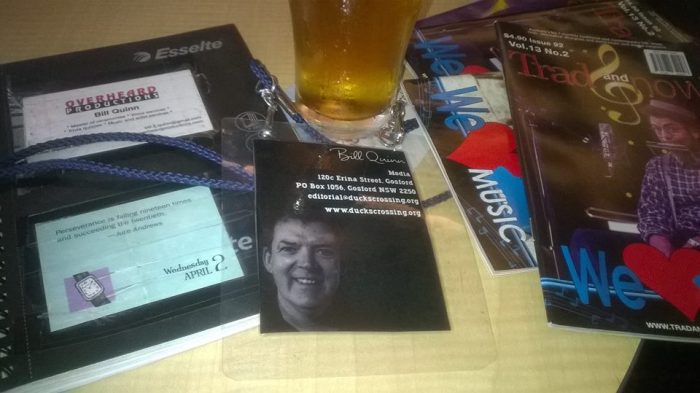 People often ask me, Bill, what do you do?

You’ve got this Overheard Productions thing you say is a home-based operation mostly, and then there’s the house-siting. Can you provide salient examples and unpack the minutiae of your routinus caninus and entertainus (here we are now, entertain us).

Here within and thereto under, I pledge thee a trough. For the dogs’ water.

Here’s some moving pictures. (♪♪♪ What about me, it isn’t fair ♪♪♪ — True story. I house-sat next door to Gary the guitarist from Moving Pictures last year. Gave him some copies of my articles in Trad and Now magazine. He was rather impressed at my advice to artists article.)

Here’s the result of the investment of about 20 minutes of my time in the wee small hours before this was shot:

This week-long house-sit straddled the start of October 2015 and came to me like manna from heaven. Book-ended by two x six week house-sits, it was an eight day stretch that was potentially going to be tough to fill, and possibly expensive if it meant heading to a youth hostel for the duration.

So when it bobbed up on a house-sitting web-site, I was onto it like a seagull on a chip.

It’s a good example of how sometimes a bit of mutual trust can work out beneficially for all concerned. The home-owners took me sight unseen, as they were flying out of the country the morning I was finishing up north of Newcastle. I used the NSW Transport Plan Your Trip site to plot this transport solution:

And strike me, with eight possible fail points, I arrived at the front door at 15:27!

You have to be a little wary of letting yourself into a strange place with a strange dog at the door, even a pint-sized one. The little Jack Russell took one look at me and seemed to think, ‘Right, well, I’d best be showing you around, then’, and we set off to the backyard to case the joint.

END_OF_DOCUMENT_TOKEN_TO_BE_REPLACED

+61-405-651-681
Call between 8am and 10pm or email to: bill.fj.quinn@gmail.com
Bill The Housesitter (Australia)
Create a free website or blog at WordPress.com.
Loading Comments...