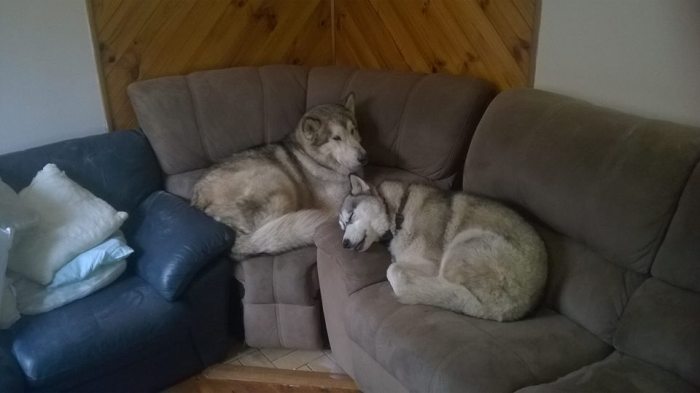 This was one of my absolute favourite housesits, although it did prove to be in equal parts challenging. Mostly because I was trying to plough through a stack of work at the time, and the house next door was being built – from the ground up!

I’m an absolute sweetheart until my patience is sorely tested, and when the banging, bandsawing, drilling, shouting, and related carry-on only ceased one Friday night at 9pm, I sorta kinda lost it just a leetle bit!

And by ‘losing it’, we’re talking three terse text messages to the owner-builder to say, ‘Don’t do it again’!

With one or two -ing words thrown in for emphasis.

(The dog-owners/home-owners have since moved many, many suburbs away.)

Apart from that, Yagoona was WONDERFUL.

I adore places like this in Western Sydney and other culturally and linguistically diverse (CALD) areas of the world.

People look at me askance and wonder what I’m on about when I say this, but it’s true: I may be fifth generation Spanish-Irish Catholic Australian, but plonk me in a homogenous white area of my own country, and my hackles go up, and I’d bet my blood pressure elevates too.

Conversely, throw me into Yagoona, Lakemba, Liverpool, Bankstown, or another of Australia’s great multicultural melting pots, and I’m happier than a pig in muck.

Why? Because they’re my people.

They’re loud, expressive, demonstrative, engaging, greet you with a smile, want to talk with you. Don’t give a fig or felafel if you’re dressed outrageously or are carrying an old teddy bear with you. 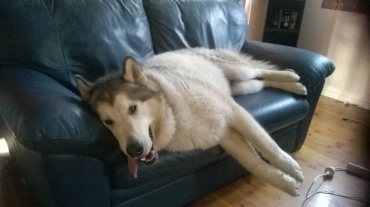 I love that. It’s like overseas travel in your own country.

I said as much as this to an Irish woman I was boarding with in the Sutherland Shire, and she gave me a look like she’d just sucked the juice of 36 lemons. The very idea!

Back to Yagoona. What a place. I’m overweight as it is, but I did my waistline no favours by frequenting the Halal Muslim bakeries in the area, especially one in (of all places) a car wash just across the park up on the Hume Highway.

(Just on topic, this place I was looking after was about a dozen doors down from the busy Hume Highway, a main arterial out through Sydney’s west towards Liverpool, the Nepean and towards Canberra, and yet it is one of the quietest places I’ve stayed in – when the construction site next door was vacated!)

But the bakeries. The Lebanese pizza. Ehrmehgherd! Cheap as chips, flavour for miles, friendly staff – I nearly made this place my second home.

I must have gone there six to ten times in the five weeks I was there, and in all that time, I cannot remember seeing another Caucasian. At first, I got a few sideways looks from the locals, but soon enough I got acknowledging looks like, oh, that’s that Skippy who comes in for the $6 pizza and a Diet Coke! (Blood pressure, people, no sugar for the blood pressure! I’m Billy, not Silly!)

There was also free entertainment laid on in the area. I was there over Christmas/New Year, and the closer it got to 1 January, the more often and the louder came the percussive crashes of industrial grade fireworks.

And at midnight on New Years (when I’d opted to stay in, just in case the dogs freaked out – I shouldn’t have bothered; they were as chilled as the Arctic region they hail from) the night skies fairly exploded in a 360 degree display.

It was brilliant! And free!!!

Yagoona is just a hidden gem of the Greater Sydney region. It’s reasonably central, the train station is ideally situated and gets you in to town quickly, and you’re a bit spoilt for shopping choice with Bass Hill nearby, and Bankstown just down the road.

And as it’s very Muslim, there are a stack of places open on Christmas Day! I walked up to the train station en route to an orphans’ Christmas Party in Bicentennial Park, and I counted three butchers and at least five cafes open. I was so impressed, I delayed my departure and had coffee and banana bread just up the stairs from the train platforms.

The dogs were a delight. A little head-strong and mischievous, they gave me one heart attack moment when we returned one morning from a great run at the huge dog park at Milperra, and I made the fatal error of trusting them to walk untethered from the tailgate of the Land Rover to the front door.

Nooooo, one sniff of freedom and they were off! I HAD been warned!

So I took off like a demented idiot after them, and it was a good 600m around three sides of the suburban block that I caught up with them, only because they’d decided to detour into someone’s front yard.

Getting them back was an adventure as one of the collars snapped and so I actually did try to return with the smaller Alaskan slung over my shoulders, fireman-carry style.

That lasted about 20 metres!

We all lived to laugh about it, and the only casualty was one broken collar and one cold Halal pizza!

Lucy and Sam are lovely people – that rare breed of caring, empathetic, funny, generous souls who make this gig such a rich, rewarding experience.

While overseas in India, they gave each other a little present as such, and their first son was born very recently. I’m ridiculously happy for the three of them.

Lucy sent me this lovely reference. If the winds blow me back to Sydney, I would housesit for them again in a heartbeat:

Bill looked after our home and 2 big pups for 6 weeks last year while we were overseas; and was an absolute gem!!!

I was very hesitant to leave our 2 ‘babies’ with a stranger for such a long period of time; but the home and dogs were well cared for and happy as could be on our return. Bill regularly took them to the park and was constantly in touch with us; sending us messages, photos and videos to keep our peace of mind.

Bill was able to provide a police check and references and we were happy to give him use of our cars – which like the house were well cared for.

Bill is a great character and I wouldn’t hesitate to invite him back or recommend him to a friend- happy to be contacted for any further information or to answer specific questions.